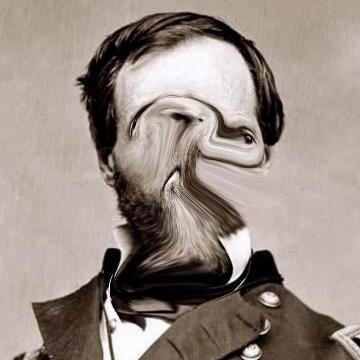 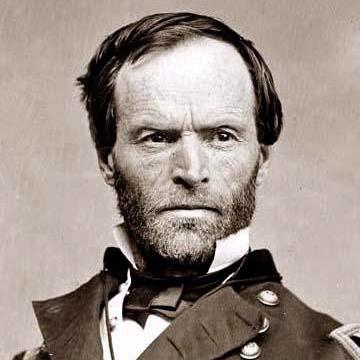 clue: This general didn't send his enemies to the fires of Hell; he brought those fires to their home cities.

explanation: Sherman was known for a campaign of property destruction and razing of cities, without the loss of life. more…

trivia: Scott and his girlfriend Kelly sometimes joked about her relation to Robert E. Lee and his relation to William T. Sherman. This goo succeeds the goo of Lee eight years earlier (#168), which was created for Kelly.