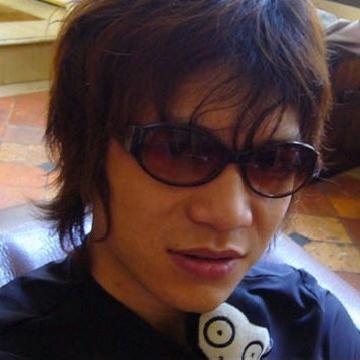 clue: Orange you glad I told you about this artist?

explanation: Zhang, known professionally as Benjamin, was known for the comic book Orange and his work at Marvel. more…

trivia: Scott originally planned a very easy goo for China that would have provided relief in the middle of a series of more obscure celebrities and difficult goos. But when Denise's request arrived mid-round, it was too good of an opportunity to pass up.

His bullets painted the Las Vegas Strip red with blood.

His bullets painted the Las Vegas Strip red with blood.
2 years ago today