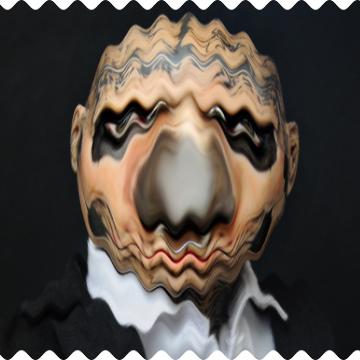 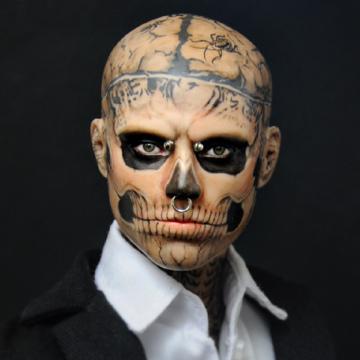 clue: If this macabre model shows up trick-or-treating at your door on this first Halloween after his death, that means he really became what he made himself look like.

explanation: Rick Genest was better known as "Zombie Boy" for his extensive tattoos and body modification to resemble the walking dead. He died from a fall in August 2018. more…

Many girls find Barbie inspirational. One in Ukraine took it rather far. Go »

This English author's pen used to be mightier than the sword, but now his name is synonymous with bad fiction. Go »

I've run out of ideas to throw her off, but our Champion could probably find seven ways to get points with this goo.

I've run out of ideas to throw her off, but our Champion could probably find seven ways to get points with this goo.
17 years ago today