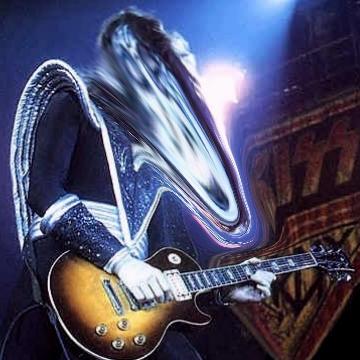 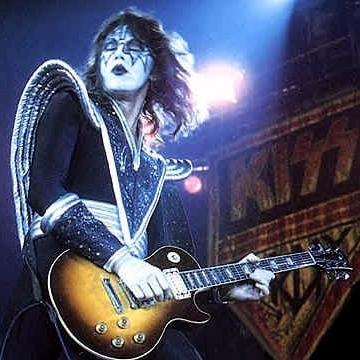 clue: This spacey guitarist has something up his sleeve, and it's not lipstick.

explanation: Frehley played a "Space Ace" persona under heavy makeup in the rock band Kiss. The phrase "something up his sleeve" was a play on his first name. more…