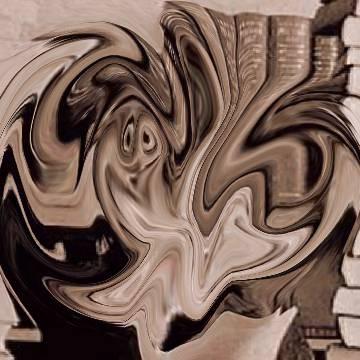 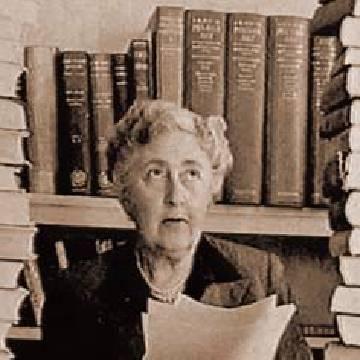 clue: Who gave this best-selling novelist her mysterious orientation? The butler did it!

explanation: Christie was famous for writing murder mysteries ("mysterious") such as her most famous book, Murder on the Orient Express ("orientation"). She was the best-selling novelist of all time, third in total sales only to the Bible and William Shakespeare. The phrase "the butler did it!" is a cliché of the genre, attributed to several writers; Christie never wrote those words, but the butler was the prime suspect in her The Murder of Roger Ackroyd. more…

trivia: When this goo went online, it was advertised on the main menu of the site with an image of a train passing through a snow field. This was a hint: This was a photograph of the real Orient Express, and the fictional version became trapped in the snow in the novel.