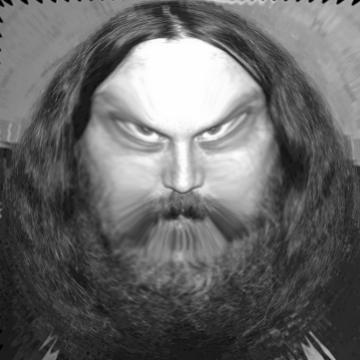 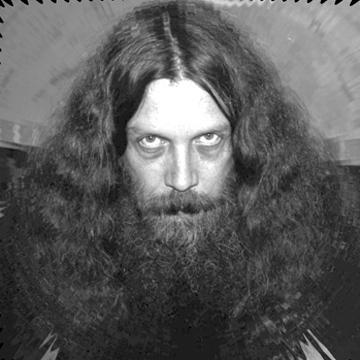 This celebrity goo was created by player Tony Peters.
Scott Hardie provided the gooed image and category, wrote the clue, and wrote the explanation.

clue: All together, this writer is responsible for a league of extraordinary watchmen with a vendetta from hell.

player landmarks: This was the last goo solved by James Voltz.

trivia: Scott and Tony were both inspired to create a goo of Moore when the Watchmen movie was released. Scott combined his clue with Tony's image.