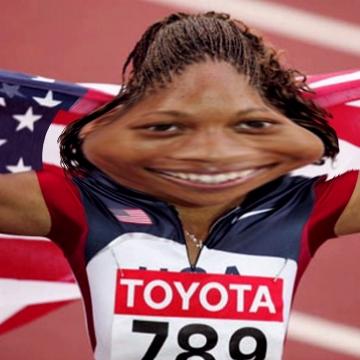 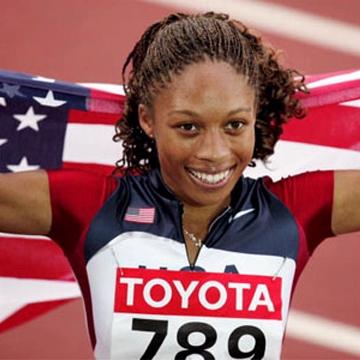 clue: For this Californian sprinter, quickness is next to godliness.

explanation: California-born runner Felix, daughter of a minister, was known for her outspoken Christian beliefs. more…

Fortunately, to win at the goo game, you don't have to return to the competition five times over 24 years. Go »