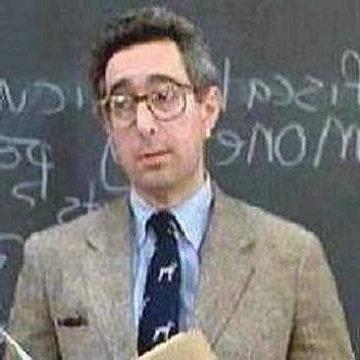 clue: Known for political speech writing and an iconic movie role, this goo first gained national attention by giving away his own money on TV.