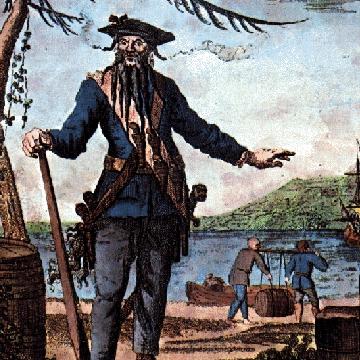 clue: If you don't know the nickname of this hirsute pirate, you better learn it from someone fast.

For players who were recently confused about which legendary (and legendarily concerned with appearances) pirate was which, gold was not the new black. Go »

Better the Spaniards think he was a dragon than a mere duck. Go »