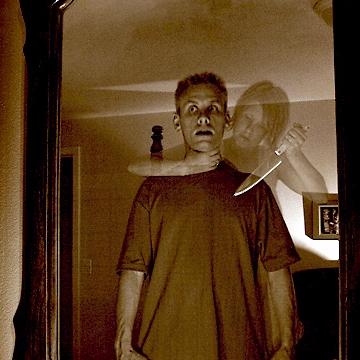 clue: Practice your guess by saying it three times while looking into a mirror.

explanation: Bloody Mary was a folk legend about a ghost that would appear and either attack or help the person who summoned her by saying "Bloody Mary" three times in front of a mirror. more…

If you have ghost-like activity, you should call this goo for help. Go »

This German designer milked his rapid weight-loss for all the press he could get. Go »