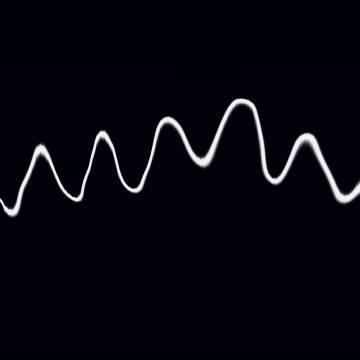 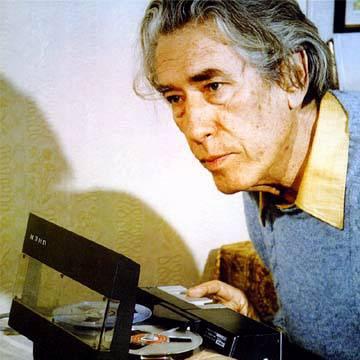 clue: If you listen very closely, you just might hear the answer.

explanation: Jürgenson discovered what has come to be called Electronic Voice Phenomena, in which spirit voices are said to be audible on certain tape recordings. more…

trivia: The gooed image was created to appear like an uneven wavelength of sound. This goo was not converted to black and white for the gooed image, but carefully created with both Goo Room and Fusion Room software. Among the many incorrect guesses were Konstantine Raudive (thrice), Thomas Edison (twice), Sarah Estep, Geoff Scollary, John Edward, Nikola Tesla, Scott Hardie's Mom, Magic Eight Ball, Electronic Voice Phenomenon, and "Sound."