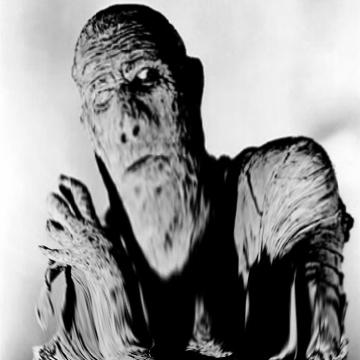 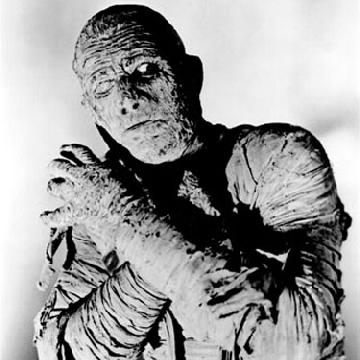 clue: If you went to Britain, could you see this goo made?

trivia: After publishing the goo, Scott discovered that the photo was of Lon Chaney Jr. in The Mummy's Curse, so he decided to accept guesses of Chaney as well. Although the clue mentions Karloff's birth nation of Britain, the photo depicts the character of the Mummy, so guesses for that character were accepted as well. One player guessed "Chris Lemler in the morning."