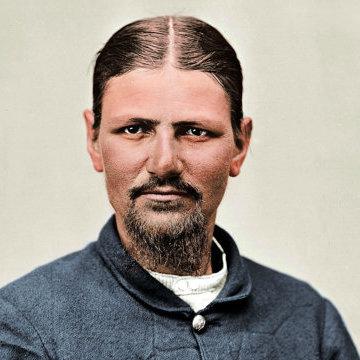 This celebrity goo was created by player Steve West.
Scott Hardie replaced the difficulty and made major changes to the explanation provided by Steve.

clue: Mercury poisoning perhaps made this Union soldier and avenger mad as a hatter.