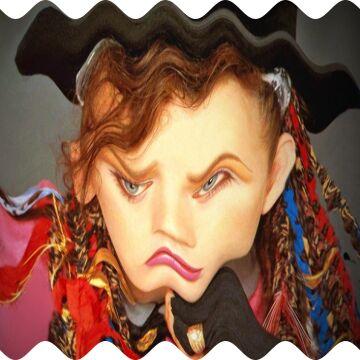 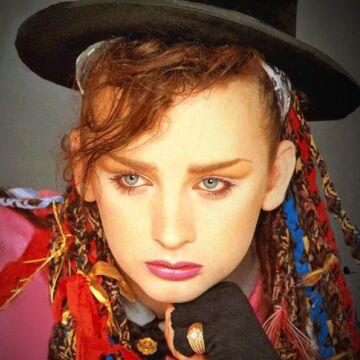 clue: This androgynous and colorful singer scored a hit with his band in the 1980s about a lizard experiencing Karma.