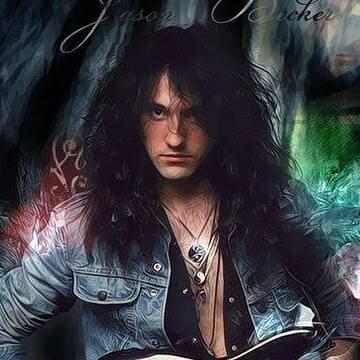 clue: ALS robbed this promising San Francisco musician of his ability to shred on the guitar, but he can still communicate and compose via software that watches him Blink.