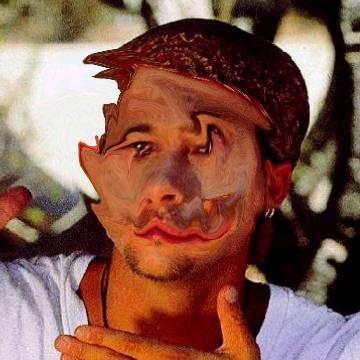 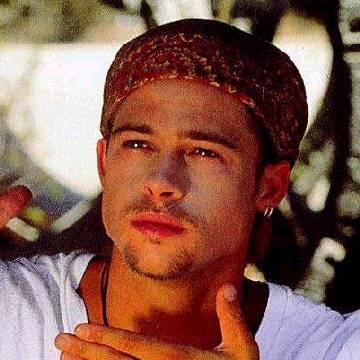 clue: He's been an Irish terrorist, a French vampire, a German mountaineer, a British boxer, and an American soap manufacturer.

explanation: Pitt, who was married to actress Jennifer Aniston, played an Irish terrorist in "The Devil's Own," a French vampire in "Interview with the Vampire," a German mountaineer in "Seven Years in Tibet," a British boxer in "Snatch," and an American soap manufacturer in "Fight Club." more…

trivia: Alert player Chris Mead pointed out that Pitt's character in "Snatch" was a gypsy, not British. Scott had not seen the film and assumed that the character was British since the film took place in that country.

The other day, I shut away a calm, red-haired girl forever, to die. Go »