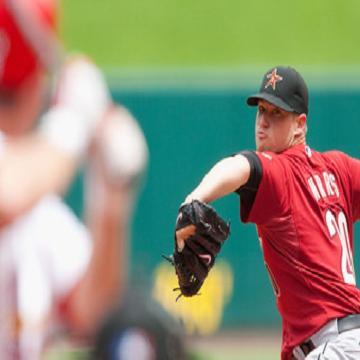 clue: Houston, we have a problem: He had to go to the largest city in Maryland and is giving you the middle finger. Have a full pitcher of your favorite beer; all I can say is, this goo's for you.

explanation: Norris pitched for the Houston Astros until 2013 when he was traded to the Baltimore Orioles. "Middle finger" was a reference to "the bird," an oblique reference to his team. "This Bud's For You" was a Budweiser slogan. more…