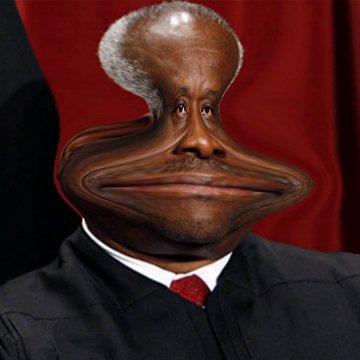 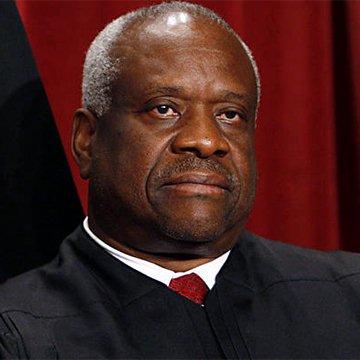 clue: Once in trouble for talking about sex, he's now mostly silent.

explanation: Thomas was a Supreme Court justice known for going years at a time between asking questions from the bench. His confirmation hearings in 1991 focused on his alleged sexual harassment of a subordinate. more…