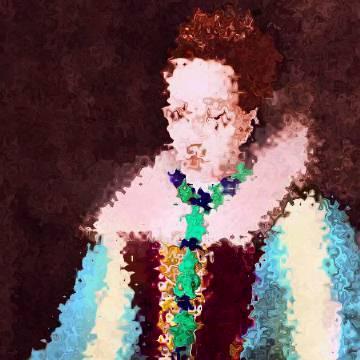 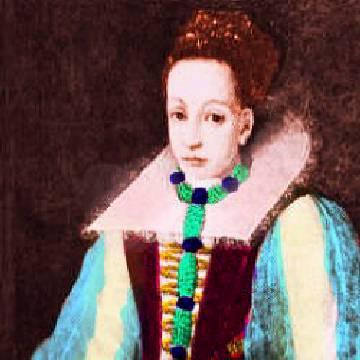 explanation: Bathory was notorious for having young women abducted, then bathing in their blood to restore her youth. Along with Vlad Tepes of Romania, she is credited for inspiring the vampire legend. David Dawson was a vampire-hunting player character in The Weekly Curiosity, an RPG run by Scott on the same site as the goo game; Dawson fought and defeated a fictional Bathory in that game. more…

player landmarks: This was the last goo solved by Dan Donovan.

trivia: This goo came about when Scott searched for "the" historical portrait of Bathory, and learned that there were two. One went up on The Weekly Curiosity site, and the other became this goo. Scott had considered creating a David Dawson goo, since Dawson is a famous celebrity within the fictional world of The Weekly Curiosity, but he decided it was better that a goo make a reference to TWC instead of originating there completely.

This goo been on workin' on the railroad, all the short-lived day. Go »

Don't feel sheepish if you get stuck on this real-life Dracula. Go »