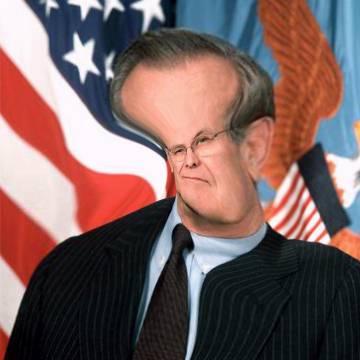 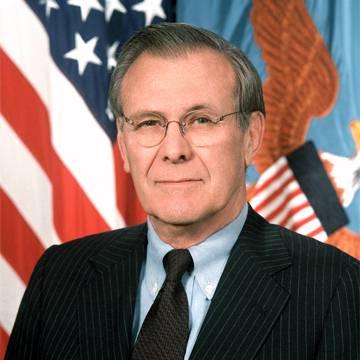 clue: Was the invasion of Iraq carefully architected, or as random as a game of rummy?

explanation: Rumsfeld, nicknamed "Rummy" by President George W. Bush, was Bush's Secretary of Defense and a primary architect of the 2003 invasion of Iraq. more…

player landmarks: This was the first goo solved by Jacob Martin.

trivia: This goo was originally created for Chicago Week, but Scott decided that Rumsfeld didn't have enough connection to the city besides his birthplace.

This politician's assassination meant one fewer gay icon in San Francisco, while his killer enjoyed his just desserts. Go »

This ex-president was not a crook, thanks to his subsequent pardon. Go »