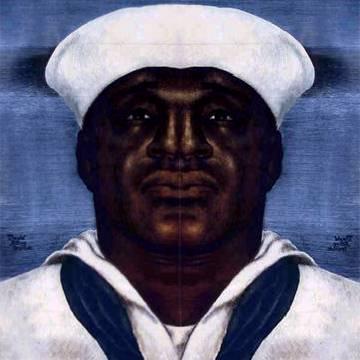 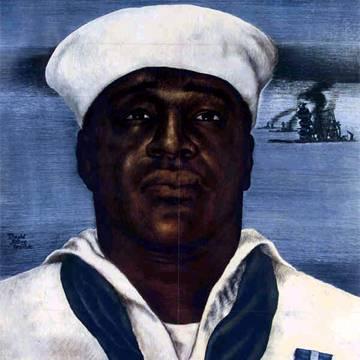 clue: This chef helped make racial discrimination in the military one more casualty of Pearl Harbor.

explanation: Miller was a chef hailed as a hero for his heroic actions during the attack on Pearl Harbor, and became the first black sailor to receive the Navy Cross. more…

trivia: Scott originally created this goo for Military History Week but didn't want to have too many WWII figures in it.