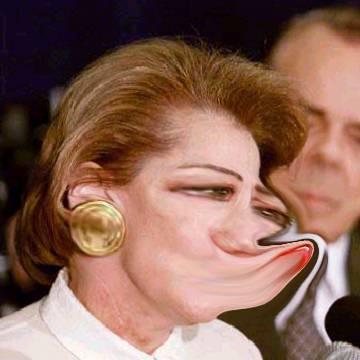 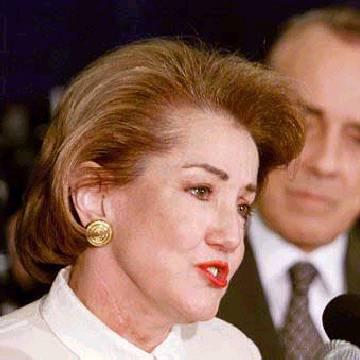 clue: She gets red and cross when you mention her husband's Viagra.

explanation: At the time, Dole was a candidate for the Republican nomination for president, and she had just resigned her former job as head of the Red Cross. Her husband, Bob Dole (visible in the photograph) was a senator and two-time presidential candidate who was making news at the time for promoting Viagra, the erectile dysfunction pill. more…

trivia: This goo was inspired by player Jason Fedorow's job at the Red Cross.

It's hard to smile so much for peanuts. Go »