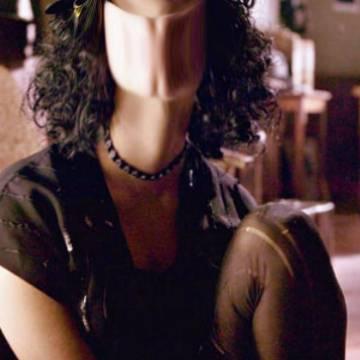 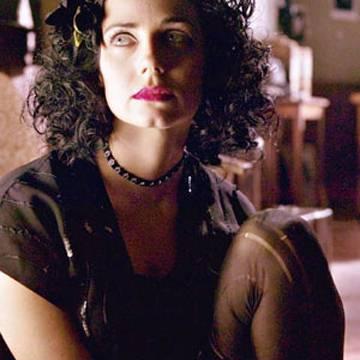 clue: When you type your guess for this deflowered young woman, don't forget the space in the middle.

explanation: 22-year-old Short became famous in 1947 when her body was found in two halves ("space in the middle") and the murder was never solved. The word "deflowered" referred to her nickname, the Black Dahlia. more…

trivia: The film The Black Dahlia was nominated for an Oscar in 2007 for cinematography. The source image depicts actress Mia Kirshner in character as Short from the film. Scott originally wrote the clue as "gap in the middle" but changed the wording after publication to make more sense.