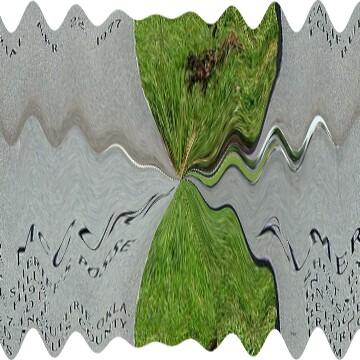 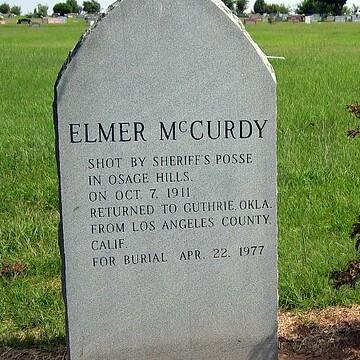 clue: How did this man's real corpse wind up in a Long Beach amusement-park scare ride? That turned out to be the six million dollar question, involving a whole lot of nickels.

explanation: McCurdy was a thief shot dead by Oklahoma deputies in 1911. His embalmed and wax-sealed corpse went unclaimed and became part of a ghoulish display where people could pay to see him by inserting nickels in his mouth. After time in a traveling carnival, the corpse was lost and later turned up being used as a scary mannequin in a haunted-house dark ride in California. In late 1976, a production assistant on The Six Million Dollar Man was preparing that ride for the filming of a scene when he discovered that the mannequin was a real body. Police identified the corpse as McCurdy and arranged for his interment in Oklahoma in 1977. The crew of the TV series attended McCurdy's long-overdue formal burial. more…

What's a woozle? Ask this former factory worker, whose iconic pose became wartime inspiration and was credited to the wrong model until 2015, including a previous celebrity goo in 2014. (Be careful! Only guesses for the right name will count. You can do it!) Go »