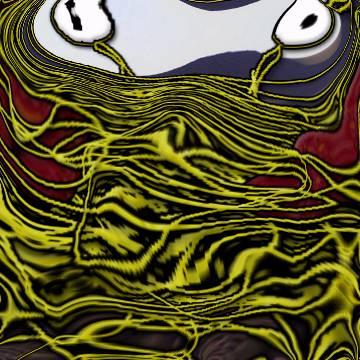 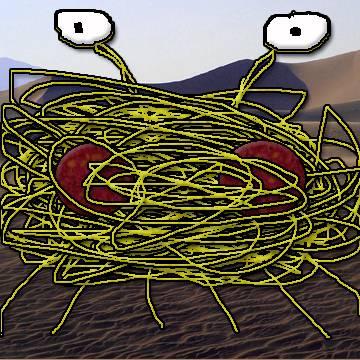 clue: Kansas students hungry for knowledge might soon be learning about this sacrilicious deity. Ramen!

explanation: Flying Spaghetti Monster was the subject of an Internet parody of the debate over "intelligent design" being taught in Kansas science classes, in which the author demanded equal time for his own noodly diety. "Ramen" is a play on "amen," "sacrilicious" on "sacriligious." more…

trivia: Scott created his own source image for this goo. It was the first time a source image had been created anew just for Celebrity Goo Game.

Back when the Internet was the newest thing, he proved it could communicate all kinds of information, such as, well, lists. Go »