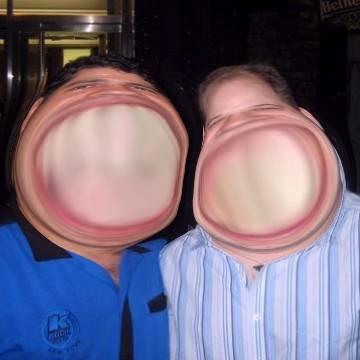 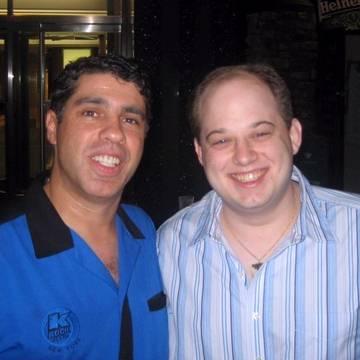 explanation: Well known by the nickname Baba Booey, Dell'Abate is a producer and frequent on-air collaborator of Howard Stern, and is frequently mocked on the show for having big teeth. more…

trivia: This photo of player Scott Horowitz standing with Dell'Abate was inspired by a similar goo in which player Matthew Preston stood with celebrity Nick Gillard (0659).