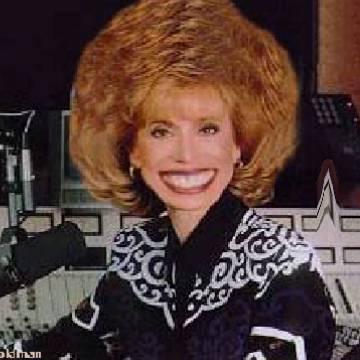 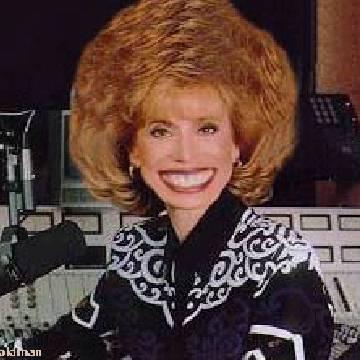 clue: If gays are biological errors, does that mean she's normal?

explanation: At the time this goo went online, Schlessinger's fledgling television talk show was under siege from gay and lesbian activist groups that were trying to boycott it off the air for remarks that Schlessinger had made on her radio show over the years about gays. Schlessinger's most famous comment was calling gays "biological errors." (This was a common misconception; she actually referred to homosexuality, not homosexuals, as a biological error). more…

trivia: The source image for this goo was a doctored photo of Schlessinger's face from a web site that was joining the protest against her. Scott just nudged one spot to make it a goo.

This Chicago-based loudmouth was been fined many times by the FCC for his "utterly" obscene material. Go »