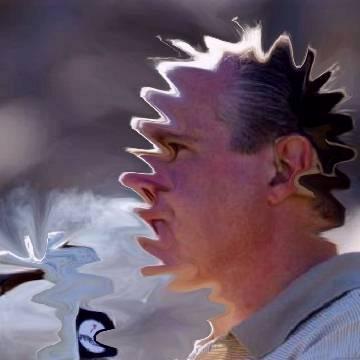 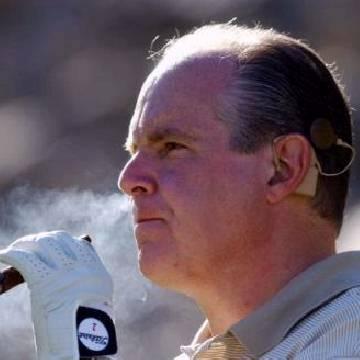 explanation: Limbaugh was a conservative radio talk-show host who was often criticized for not giving equal time to those who disagreed with him. He was known for being harsh on liberal politicians and pundits. The word "hurry" refers to his first name. more…

trivia: There were numerous guesses for George W. Bush, who had already been a goo. Scott was counting on players to notice two hints to this goo's identity: First, that it was in the Miscellaneous category (Limbaugh was famous for radio). Second, that there was a hearing aid visible in the photo, since Limbaugh famously went deaf in 2001 and required a cochlear implant to continue his work.

This Chicago-based loudmouth was been fined many times by the FCC for his "utterly" obscene material. Go »

if there was a countdown of the top 40 goos, I would want him to read it Go »

his long-running show left listeners howling at the moon Go »