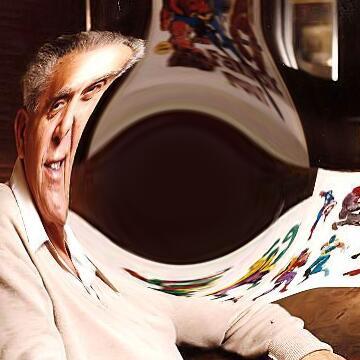 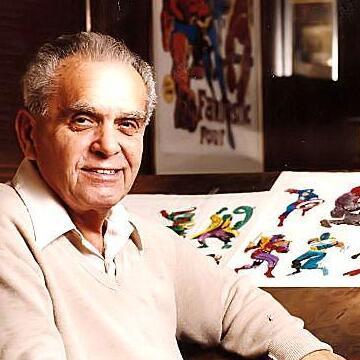 clue: He served in WWII just like his first popular superhero creation, but this artist is remembered better for his later service to Marvel in co-creating three of their most popular teams: The Avengers, the X-Men, and the Fantastic Four, leaving the company in part due to resentment at Stan Lee hogging all of the credit.

explanation: Kirby co-created Captain America in 1940 before serving in the war, then drifted through different comic genres before returning to superheroes in the 1960s to co-create Iron Man, Hulk, Thor, and other popular characters. more…

Sadly, this rapper may have lost some credibility by becoming a Sarah McLachlan fan, but it literally saved his life. Go »