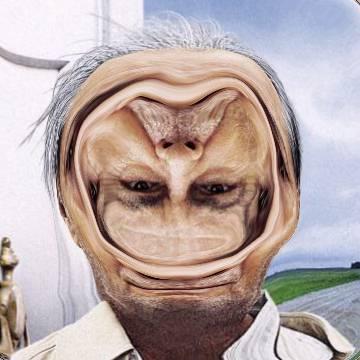 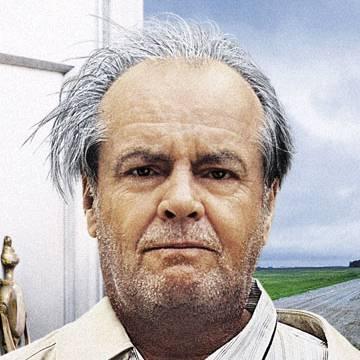 clue: All work and no play have not made this joker a dull boy.

explanation: The clue refers to Nicholson's roles as Jack Torrance in "The Shining" ("all work and no play have made Jack a dull boy"), and as the Joker in "Batman." more…

trivia: The source photo was taken from the poster for the film "About Schmidt."