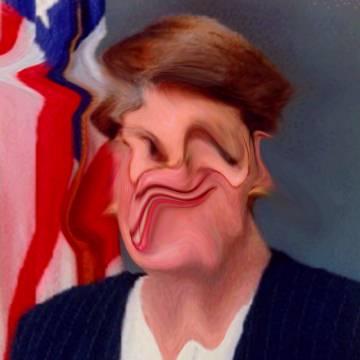 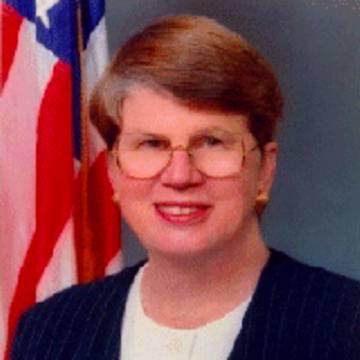 clue: The ugliest general anything in Nevada.

explanation: Reno was, at the time this goo went online, the attorney general ("general anything") of the United States. She was often mocked in public for her ugliness. The word "Nevada" is a play on her last name, since Reno is the state capitol of Nevada. more…

trivia: This is Reno's "official" government photograph. The goo intentionally stretched out her chin to make her look even more masculine.