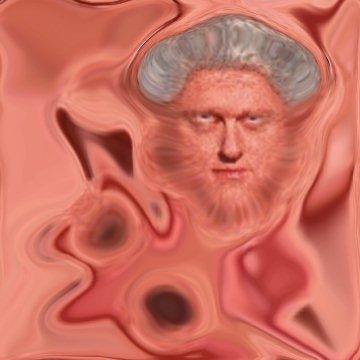 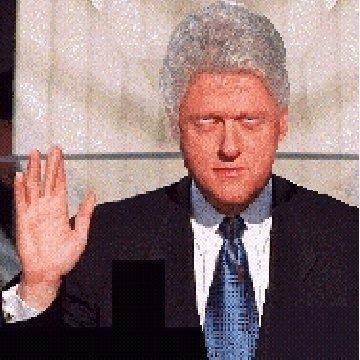 explanation: Bill Clinton was the American president (and thus commander-in-chief of the U.S. military) when this goo went online. He was often called a "do-nothing draft dodger" because he avoided the draft during the Vietnam War and because most of his policies revealed a patient, cautionary approach to decision-making. more…

trivia: Yes, this is an illustration made to look like Clinton is evil.