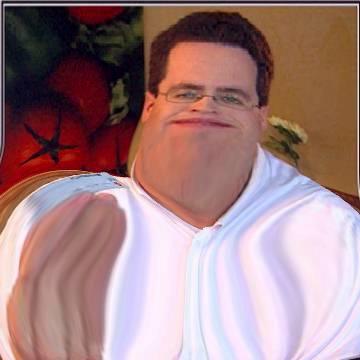 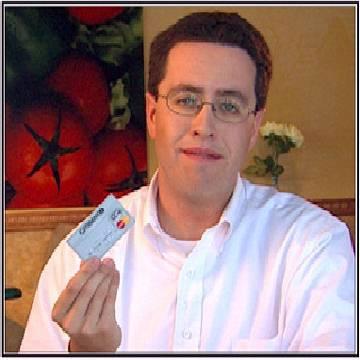 clue: Why should we be subjected to his way of life? He's a turkey.

explanation: Fogle lost 240 lbs. eating Subway sandwiches for a year, and went on to do commercials for the fast food chain. Every day while dieting, he ate one veggie sub and one turkey sub ("turkey"). The phrase "subjected to his way" is a play on Subway. more…

trivia: Though Scott is an admirer of Fogle, he couldn't resist gooing him to look fat again.

As seen on TV, this inventor is a virtual device-o-matic. But wait, there's more! Guess now, and we'll throw in that he's also famous for inventing the infomercial. Go »

This royal mascot has starred in one whopper of a promotional campaign. Who's the king? Go »

If you're thirsty for the answer, try to imagine it crashing through a wall. Oh yeah! Go »