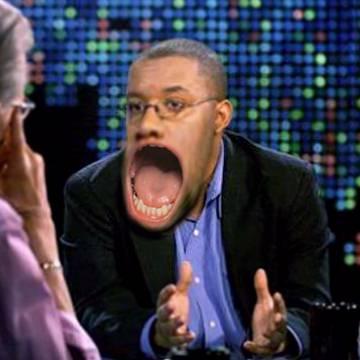 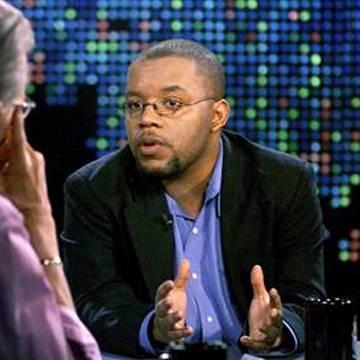 clue: A reporter's job is to tell the truth, but slothful reporters find other ways.

explanation: Blair was forced to resign from his reporter position at the New York Times in 2003 for fabricating stories and interviews, which he claims stemmed in part from mental illness. more…

trivia: Scott was reluctant to play into a stereotype by having a black man represent sloth, and nearly gooed Stephen Glass instead. But the Blair goo turned out too well, especially when Scott combined Blair's face with a mouth from one of the preloaded sample faces that come with Kai's Power Goo, a technique he had never used before. (The source images for Princess Diana (0007) and Mona Lisa (0030) came from the program directly, but this was the first goo to combine an external source photo with a preloaded face.)