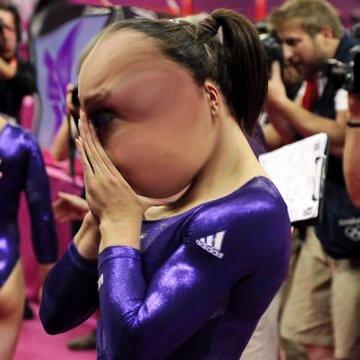 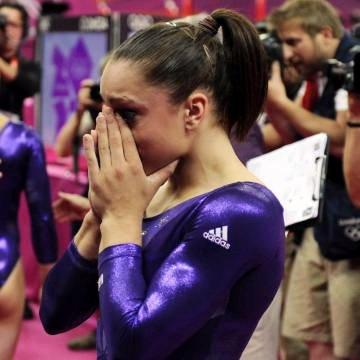 clue: Her team victory proves that she didn't come all the way to London from a small town in Michigan to let disappointment over a solo disqualification stop her.

explanation: Wieber was a national champion gymnast going into the Olympics, but was blocked from solo competition when two other Americans scored higher in qualifications. She went on to led the American team to victory in the group event. more…

trivia: Scott originally gooed a photograph of teammate Aly Reisman by mistake, replacing the image and disallowing a guess for Reisman when it was pointed out.