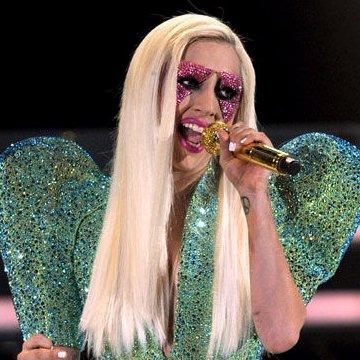 clue: Born with a poker face, this telephone enthusiast's glorious edge came from her ability to dance away from a bad romance with some Judas figure named Alejandro.