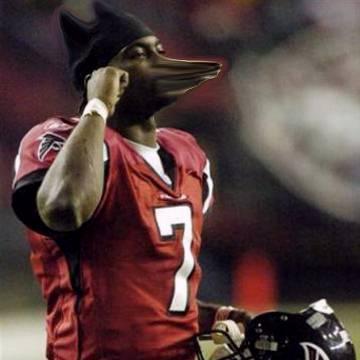 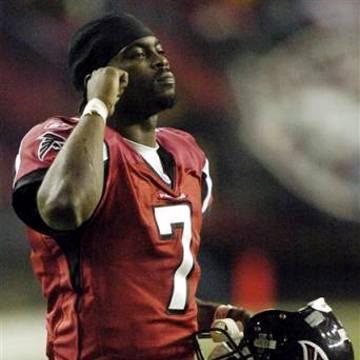 clue: Recently, this quarterback has been dogged by a lot of bad newz.

explanation: Vick was quarterback for the Atlanta Falcons when this goo was published, and had recently been indicted for brutal dogfighting at his Bad Newz Kennels. more…