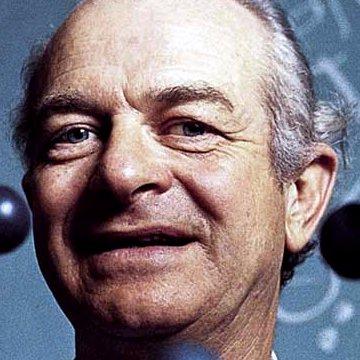 clue: His work with a Bond led to a quantum of solace (well, an award that's a synonym for solace).

explanation: Pauling, who created the field of quantum chemistry, was awarded a Nobel Prize in Chemistry for his work with chemical bonds, and later, a Nobel Peace Prize for his activism. more…