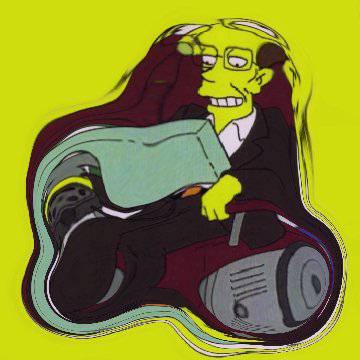 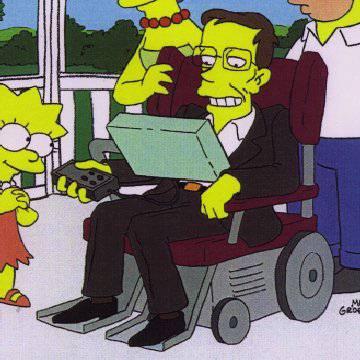 clue: A brief history of his life would mention ALS. Who's the king?

explanation: Hawking was a physicist as famous for his book A Brief History of Time as he was for having the disease amyotrophic lateral sclerosis (ALS). more…

trivia: The image was taken from Hawking's guest appearance on "The Simpsons," but not for comedic value: At the time the goo was created, it was the only image of Hawking that Scott could find on the web!