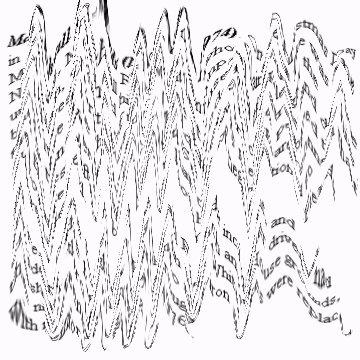 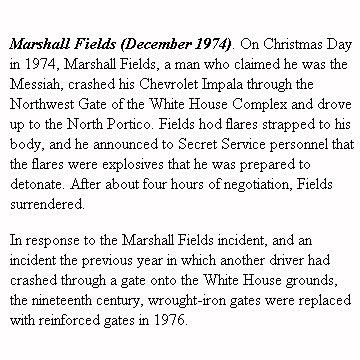 clue: took a wrong turn on his way to do some last-minute Christmas shopping

explanation: Fields, not to be confused with retail magnate Marshall Field, stormed the White House on December 25, 1974, claiming to have explosives. He was detained and arrested by the Secret Service. more…

trivia: Unable to find a photograph of Fields and unwilling to give up on an otherwise good goo, Scott used a short excerpt from a book summarizing the history of the Secret Service as the source image.