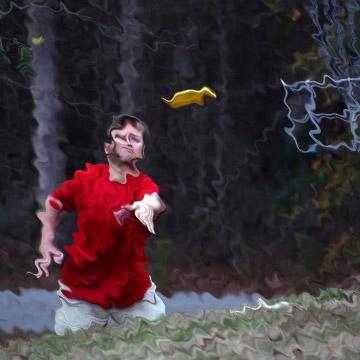 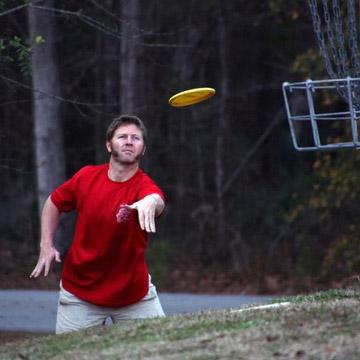 clue: This leftie disc golf master from Rock Hill, winner of (just) over 50 tournaments in his professional career, has innova-ted new designs in the sport.

explanation: Peckham is a disc golf player who designs for Innova Discs. more…

trivia: Player Chris Lemler enjoys disc golf and has created several goos from the sport for publication in Celebrity Goo Game. Scott wanted to create a disc golf goo for Chris to solve for a change, and chose pro Matt Peckham, who happened to have been married to Scott's cousin for many years.