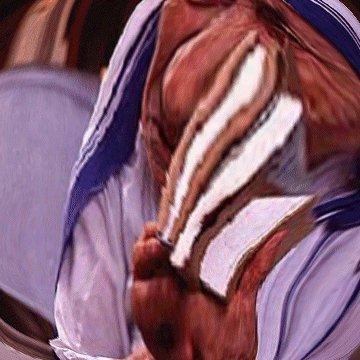 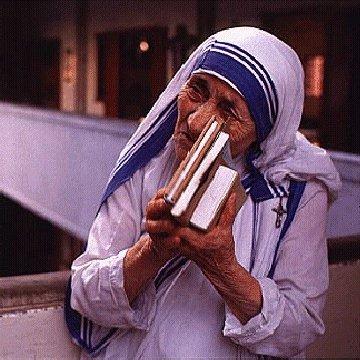 explanation: Mother Teresa entered the convent at the age of 18, and died at the age of 87. She won the Nobel Peace Prize in 1979. more…

player landmarks: This was the first goo solved by Effie Schaver.

trivia: This is one of the very rare goos that is allowed to keep the proper title ("Mother"). Teresa's real name, Agnes Gonxha Bojaxhiu, is unfamiliar, and just calling her "Teresa" is not good enough. Add "Mother" and you have an instantly recognizeable celebrity.

She was born in what was then the Ottoman Empire, and spent her life serving the poor and orphaned and diseased of what was then Calcutta. Go »