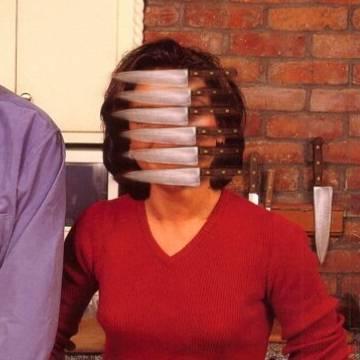 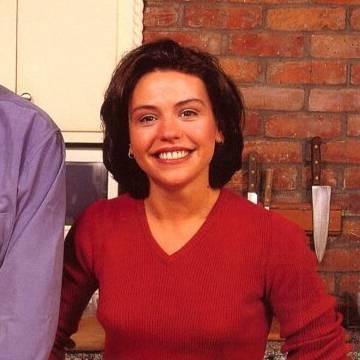 clue: If you can't guess this chef in the next half hour, get out of the kitchen.

explanation: Ray was known for her 30-minute recipes, demonstrated in numerous cookbooks and a cooking show on the Food Network. more…

trivia: Scott originally created a different version of the goo, but decided that concealing Ray's face would make the goo even more difficult. The source photo comes from the cover of Ray's book 30-Minute Meals.