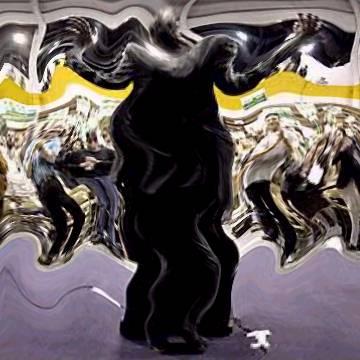 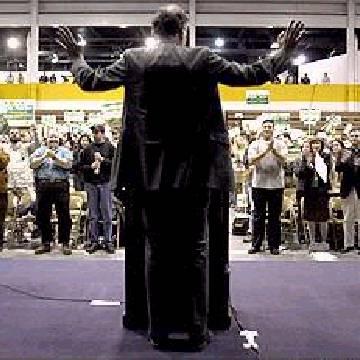 clue: Maybe if he came with seat belts and air bags, he'd have more than 5%.

explanation: Nader was polling at 5% nationwide as a presidential candidate during the summer of 2000 when this goo went online. (He eventually took 3% of the national vote.) His biggest claim to fame was as a consumer advocate for public safety, during his tenure as which he successfully lobbied Congress to make it a legal requirement for all cars sold in the United States to have seat belts and air bags. more…

trivia: This was the first goo not to show the celebrity's face in the source image. Several others were shown in profile, or at odd angles, but never before was one shown with his or her back turned.

It would be kind of cool to have a president called by one letter. Go »

Should he take over the country if the first three letters in his name are "lie"? Go »