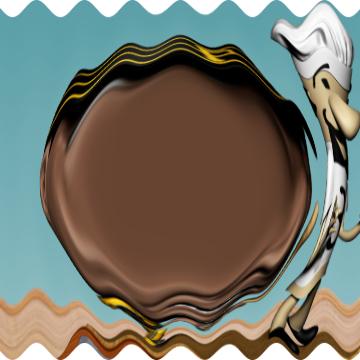 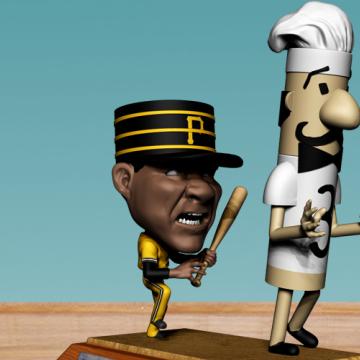 clue: If he could only have hit baseballs as well as sausages he'd be in the Hall of Fame.

explanation: In a game against the Milwaukee Brewers, Pittsburgh Pirates first baseman Randall Simon interrupted the traditional "Sausage Race" by reaching out and whacking one of the racers with his bat. He ultimately apologized and, at her request, rewarded the injured racer the autographed bat he used to whack her. more…

trivia: The source image is a cartoon illustration of a Randall Simon bobblehead.