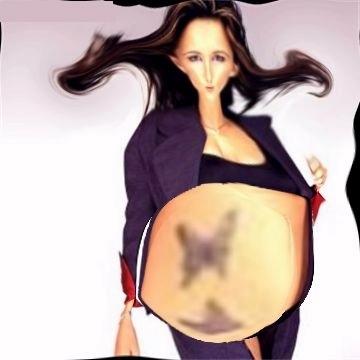 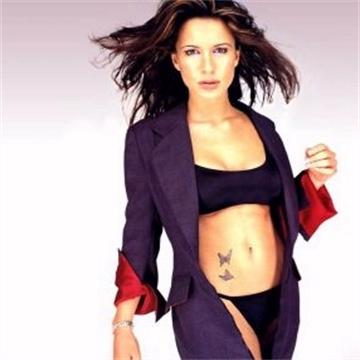 clue: Lara Croft is incomplete without these tats.

explanation: As well as starring in The Practice and Boston Legal, Mitra was one of the earliest live action models for Lara Croft of the Tomb Raider video games. She had butterflies tattooed on her abdomen, visible in the photo. more…