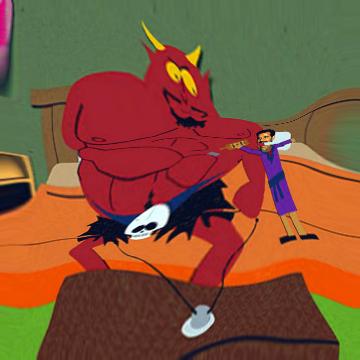 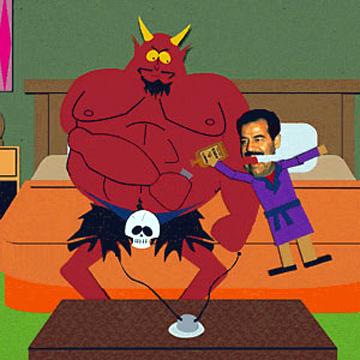 clue: The former ruler of Iraq now calls a much hotter place home.

explanation: In South Park, Hussein was depicted having a love affair with Satan. more…

The world is safe for goos again with this malevolent despot out of power and into a jail cell. Go »