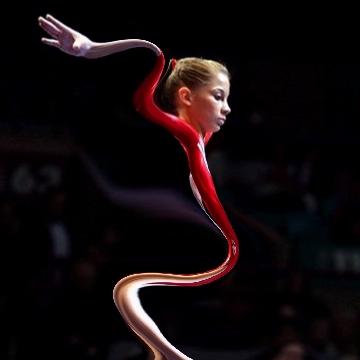 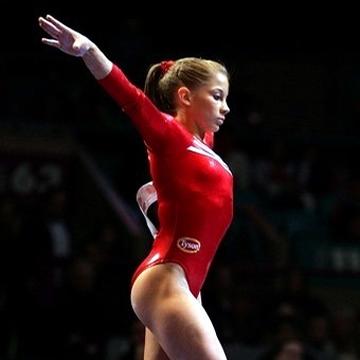 clue: For someone barely old enough to drive, she sure knows her way all around a gymnastics competition.