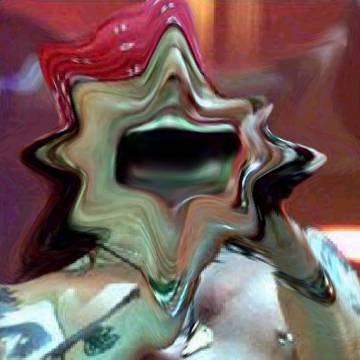 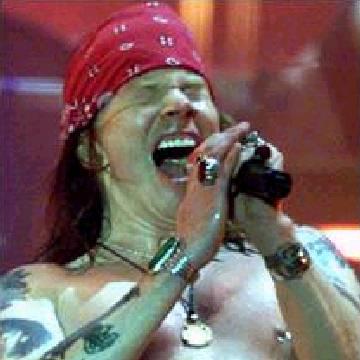 clue: This trigger-happy singer is known for firing his bandmates in rows.

explanation: Rose was the lead singer for rock band Guns 'N Roses, hinted at by the gun imagery in the clue. He has in fact fired the entire rest of the band several times over. The word "rows" is a play on his last name and the name of the band. more…

player landmarks: This was the first goo solved by Lori S..

trivia: Though this goo seems to repeat the "star pattern" gooing method that had been used on several other recent goos, it had in fact been sitting unpublished in Scott's goo reserve since January 2001. (That's appropriate, given Rose's inability to publish albums for many years at a time.) Though Scott chose to publish the goo under his full legal name, most players guessed "Axl Rose" or "Axel Rose."