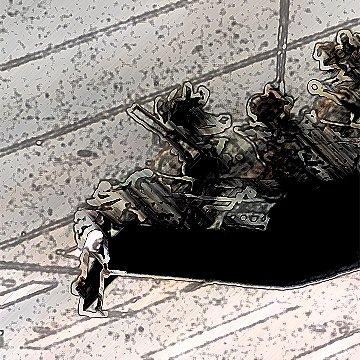 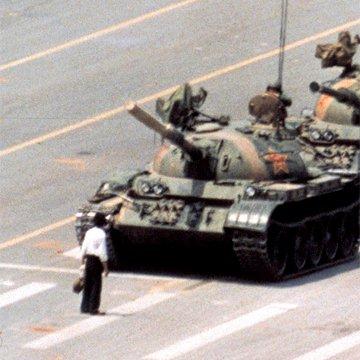 explanation: The "Tank Man" (named Wang Weilin by the Chinese press, identity never confirmed) gained international fame when he non-violently stood in the paths of tanks in Tianenmen Square in 1989, interrupting the arrests of student protesters. more…